Decided rather late to head out to the Cuyamaca state forest and hike the second highest peak in the area.

As always we balked from paying the state park fee, but because there was no good phone reception and I couldn’t figure out an alternative hike, we bit the bullet and paid!

Alltrails app suggested we take the Cuyamaca Peak trail via the azalea   glen loop, 1600′ ascent, approx 7.7miles… The area suffered from a massive fire in 2003 and while it’s growing nicely, the stark white black and gray skeletons of trees are everywhere, including many charred scaled trunks and stumps   

The hike itself was not strenuous, and went through some beautiful scenery with tall trees and bushes and small stream cutting across them. We hardly saw anyone, but were happy to have taken plenty of water. As we climbed higher we found ice on the shaded side of the trails, and D decided to cause trouble by picking a snowball fight, which is never a good idea… part of the reason why it’ll be called the ass kicking hike!   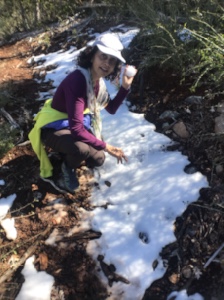 We were pretty tired by the time we got near the peak, but pushed on up the last tarmac road leading to the communications towers at the top. The view from there was fantastic, with multiple layers of mountains in the distance hidden and partly obscured by low cloud and mist

From the top, we plug it back down the service road, which was chewed up by the SDG&E work that’s been going on to build what looks like facilities near the top.

By the time we got back down, our feet were aching and we had covered just over 9 miles.

The beautiful weather and views definitely made it worthwhile, and we jumped back in the car, listen to the book on the way back, D had a quick nap before a client, and I jumped in the hot tub to soothe my aching feet, followed by an excellent hazy IPA by abnormal 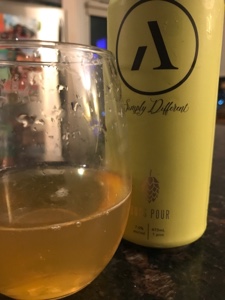 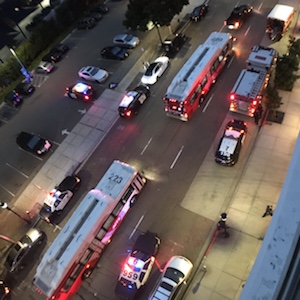